Making Sense of the Bitcoin Boom: Should You Invest? Whatever your level of interest in cryptocurrency as an investment, it is hard to ignore this year’s growth of cryptocurrency in general and Bitcoin in particular.

As we reported in September, the total market capitalization of cryptocurrencyreached $158.5 billion in August, an increase of 795 percent for the year. Then, in October, Bitcoin hit a record high of $5,866 per coin. The question is, should you jump on the bitcoin bandwagon and use it to diversify your investment portfolio? Of course, there is no universal answer to that. Our best advice is get the facts so you can decide what’s right for you.

What’s so special about Bitcoin?

Bitcoin is a decentralized digital currency. There are hundreds of these digital currencies — known as cryptocurrency— but bitcoin was the first, created in 2009 by an inventor who goes by the pseudonym Satoshi Nakamoto.

Bitcoin is also the most valuable cryptocurrency.

Cryptocurrency exchange Coinbase shows that, on January 3, 2013, Bitcoin was valued at $13.37. By December of that same year, it had risen to more than $1,000 per coin. It fell back into the hundreds of dollars for a few years, then broke $1,000 at the beginning of 2017. It’s been rising by leaps and bounds ever since, exploding to more than $5,000 per coin this month.

Why did the price of Bitcoin explode this month?

Business Insider does a good job of breaking down the timeline in a series of articles cited below.

As Jonathan Garber reports, here’s what happened in September:

“News of a crackdown on trading in China and regulatory uncertainty around initial coin offerings, a cryptocurrency-based fundraising method, pushed the cryptocurrency to a low of $2,900 a coin on September 15.”

But then, in October, three notable things happened to send Bitcoin soaring:

1) The Wall Street Journal published an article stating that Goldman Sachs is considering setting up a cryptocurrency trading operation, of Bitcoin and other digital currencies. “If Goldman follows through,”writes Business Insider’s Frank Chaparro, “it will be the first blue-chip financial services firm to break into the cryptocurrency market.”

3) Coinbase, the most popular cryptocurrency exchange, announced that users will now have immediate access to Bitcoin, and the other cryptocurrencies it trades in. As explained in the Coinbase blog, “Previously, customers who purchased using a bank account had to wait several days before receiving their digital currency. Customers can now buy up to $25,000 [though individual limits vary] and receive access to their digital currency immediately.”

Does all of this mean it’s a good time to invest?

Not necessarily. Yes, Bitcoin’s phenomenal growth is exciting, but it could also point to a big fall. Consider the less-than-glowing remarks that JPMorgan CEO Jamie Dimon made about bitcoin at a Barclay’s conference in September.

Asreported by Business Insider’s Akin Oyedele Dimon “says bitcoin is worse than the most famous asset bubble in history. The cryptocurrency is ‘worse than tulip bulbs….’ That’s a reference to the arrival and boom of the tulip plant in 17th-century Europe. Its market boomed as people speculated on its price, and it all ended in panic selling. He added that ‘it’s a fraud’ that would eventually blow up.”

Plus, although Bitcoin (and other cryptocurrencies) are not stocks, you still want to follow conventional stock advice — buy low and sell high. So, by that standard, no. With bitcoin at record highs, it wouldn’t seem an ideal time to invest. That said, as of this writing, the price of Bitcoin falling off again, so it could be a great time to get in.

The truth is, we don’t know what Bitcoin is going to do (and how future regulations are going to affect it and other cyrptocurrencies). It’s a risky business that needs to be treated as such. Depending on what you know and how you manage it, investing in Bitcoin now could pay off big or lose you a bundle.

What’s the best way to invest in Bitcoin?

Take the time to understand cryptocurrency

The more you know about what you’re investing in, the smarter choices you can make. Granted, no amount of knowledge can guarantee success, but you can at least tip the scales in your favor.

First, if cryptocurrency is new to you, take the time to familiarize yourself with the basics, including:

How cryptocurrency works. You can buy and sell bitcoin through cryptocurrency exchanges. Though each exchange has its own rules, there is no single governing body that is regulating this market.

How cryptocurrency is mined. It’s hard to explain, so we’ll leave it to the The Economist:

“Every ten minutes or so mining computers collect a few hundred pending bitcoin transactions (a ‘block’) and turn them into a mathematical puzzle. The first miner to find the solution announces it to others on the network. The other miners then check whether the sender of the funds has the right to spend the money, and whether the solution to the puzzle is correct. If enough of them grant their approval, the block is cryptographically added to the ledger and the miners move on to the next set of transactions (hence the term ‘blockchain’).”

When to buy and sell it. Again, you want to buy low and sell high.

Which cryptocurrency to invest in. Bitcoin may be the most valuable and high profile, but Litecoin and Ethereum should not be overlooked. See Investopedia for more info on these altcoins, as they’re called, as well as other alternatives to Bitcoin (Zcash, Dash, Ripple, and Monero).

Where to spend cryptocurrency. Though bitcoin is a long way off from universal acceptance, there are several places where it can be used, including Overstock, Expedia, Shopify, DISH Network, Microsoft, Intuit, and Paypal.

You can read more about each of these areas in our article, Bitcoin and Beyond: The Basics of Cryptocurrency.

Beyond that, the Bitcoin website is a great resource for additional information, including a getting started section, vocabulary of terms, and FAQs.

Finally, for more in-depth research, check out the SEC’s Investor Bulletin: Initial Coin Offerings, including sections on key points to consider when deciding whether to participate in an ICO and warning signs of investment fraud.

Use a trusted exchange

Coinbase is the most widely used cryptocurrency exchange, with more than 11 million users and a total market cap of over $50 billion. Based in San Francisco, Coinbase was founded in 2012, and its mission speaks to the appeal and future of cryptocurrency:

“An open financial system is one that is not controlled by any one country or company (just like the internet did for distributing information). We think this is the highest leverage way to bring about more economic freedom, innovation, efficiency, and equality of opportunity in the world. We have a ten year plan to get there.

“An open financial system can be a great equalizer and lift billions out of poverty while accelerating the pace of innovation around the world. This is the best way we know to change the world.”

Other reputable exchanges include Bitstamp, which also trades in Bitcoin, Litecoin, and Ethereum, as well as Gemini and Kraken which only trade in Bitcoin and Ethereum.

Only invest money that you can afford to lose

“It’s very volatile which makes it fun,” says CPN Numbers owner Jared Ericksen, who trades on Coinbase. “But I would not recommend investing money that you need in the immediate future. Only invest money that you can afford to lose.”

Fortunately, you can buy a fraction of a bitcoin. On Coinbase, for example, you can purchase and sell as little as $1 worth of bitcoin (or ethereum).

“Buy and hold until you absolutely need to withdraw the money,” says Ericksen. “I have played around with trying to guess the valleys and peaks. I have also just bought and held and the latter has performed much better.”

Though cryptocurrency could be a good way to diversify your portfolio, it should only be a supplement to traditional investments. Get the facts about 401(k)s, IRAs, mutual funds, money market accounts, CDs, stocks, and bonds.

Before you risk your money on Bitcoin, make sure you’ve covered all your other bases first:

Bottom line, as lucrative as Bitcoin investing could be, never underestimate the certainty of improving your financial situation through the act of saving and paying down debt. 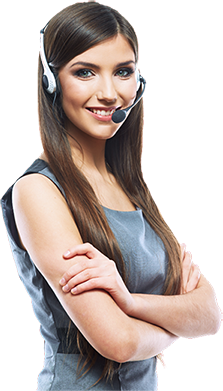